Our team reflects the intersectional world we live in, bringing a wide array of creative backgrounds and lived experiences to our work. 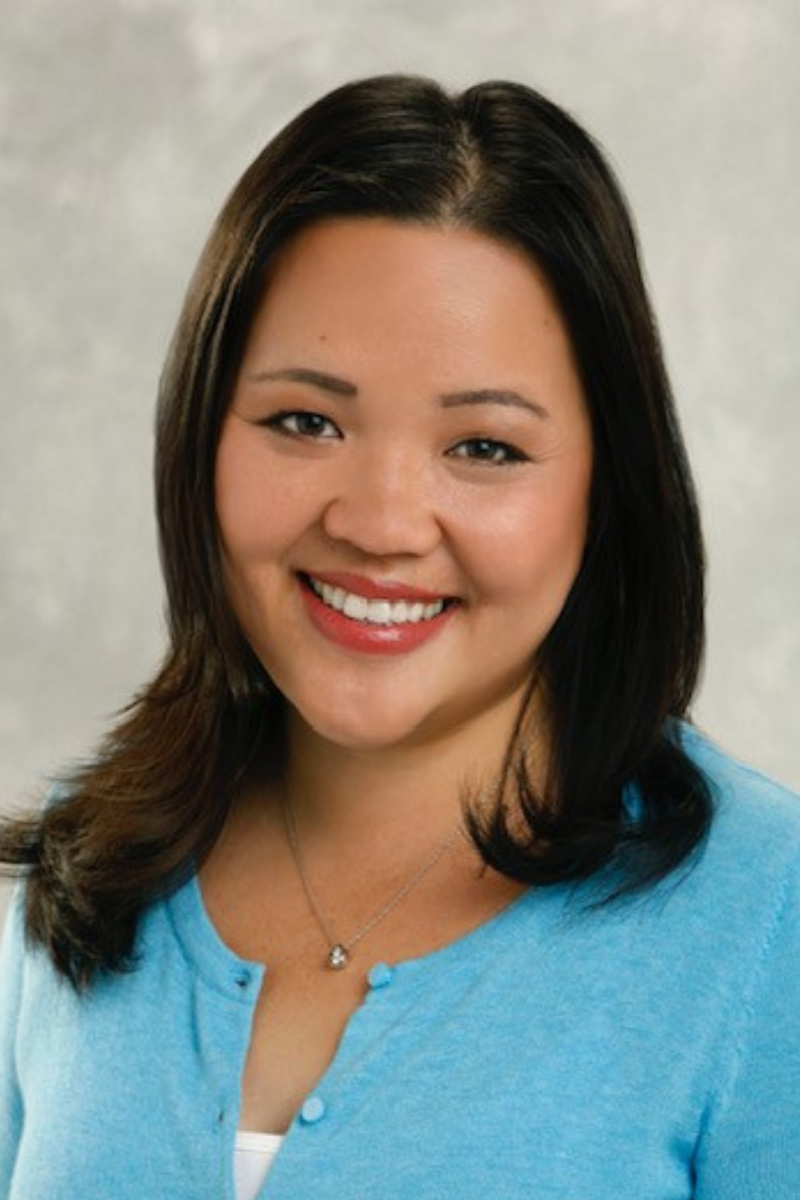 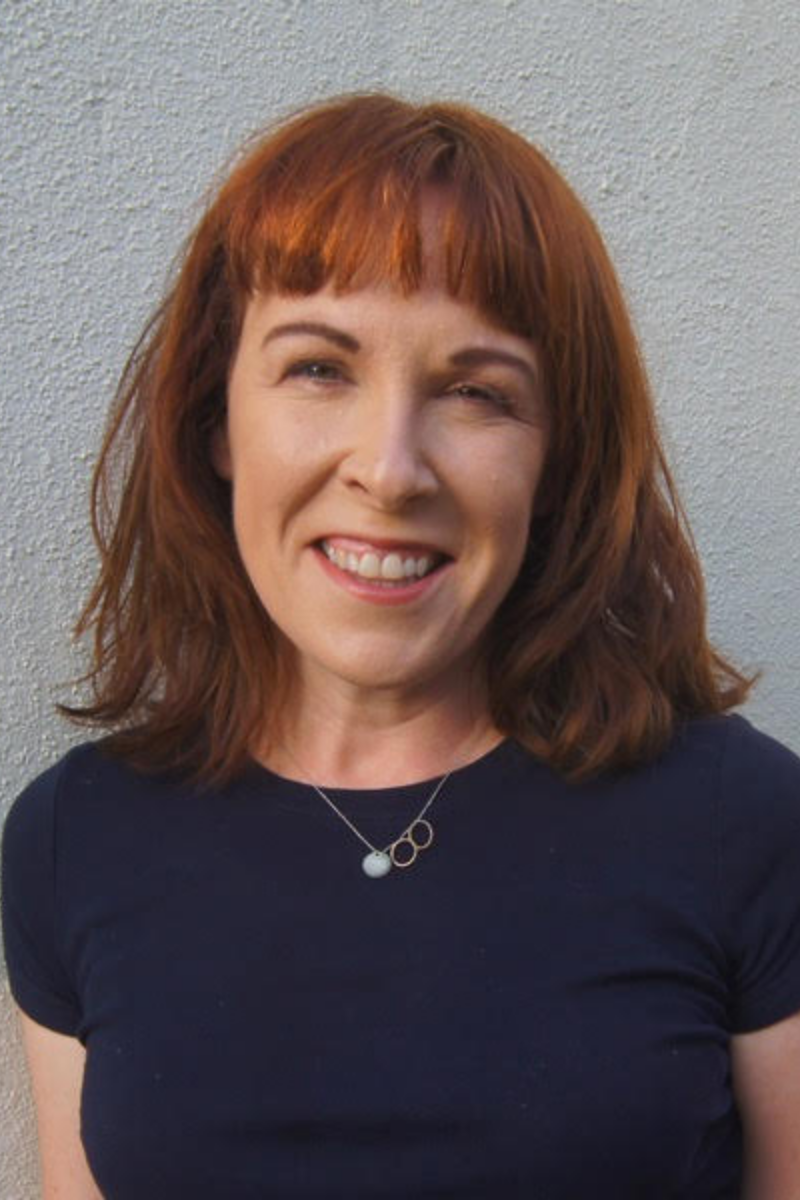 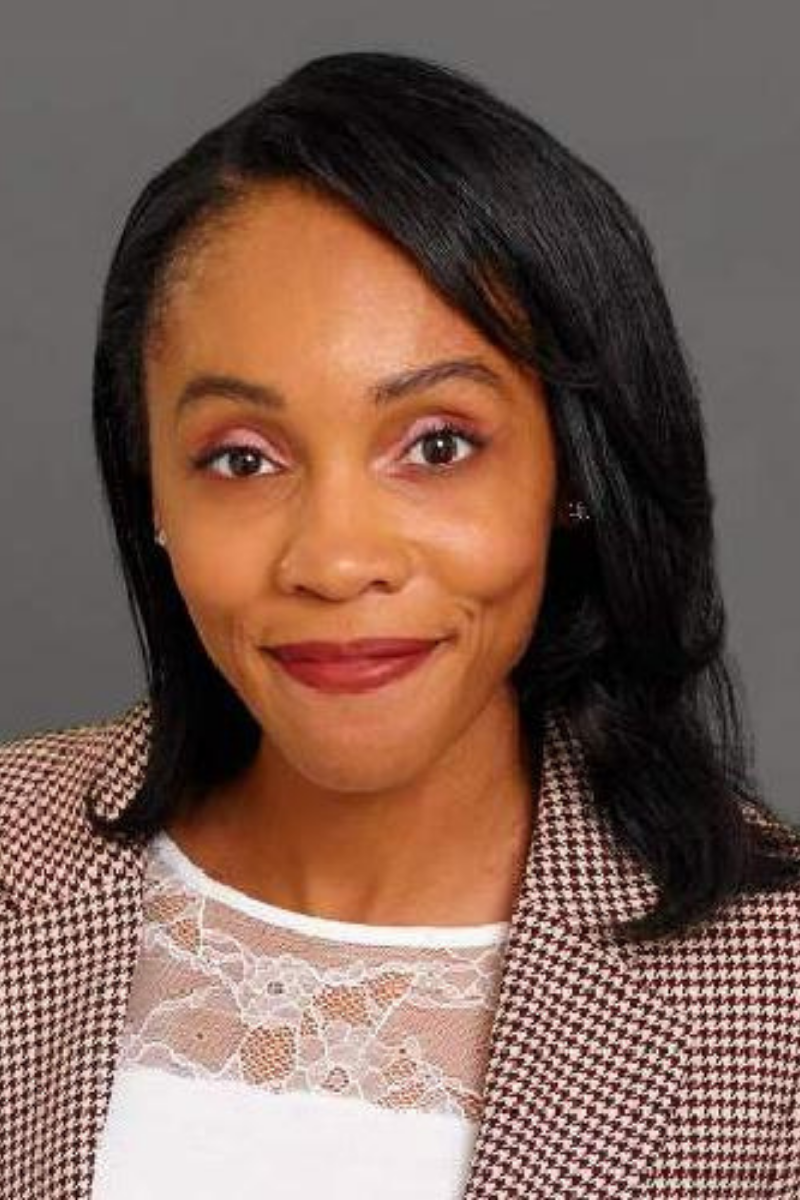 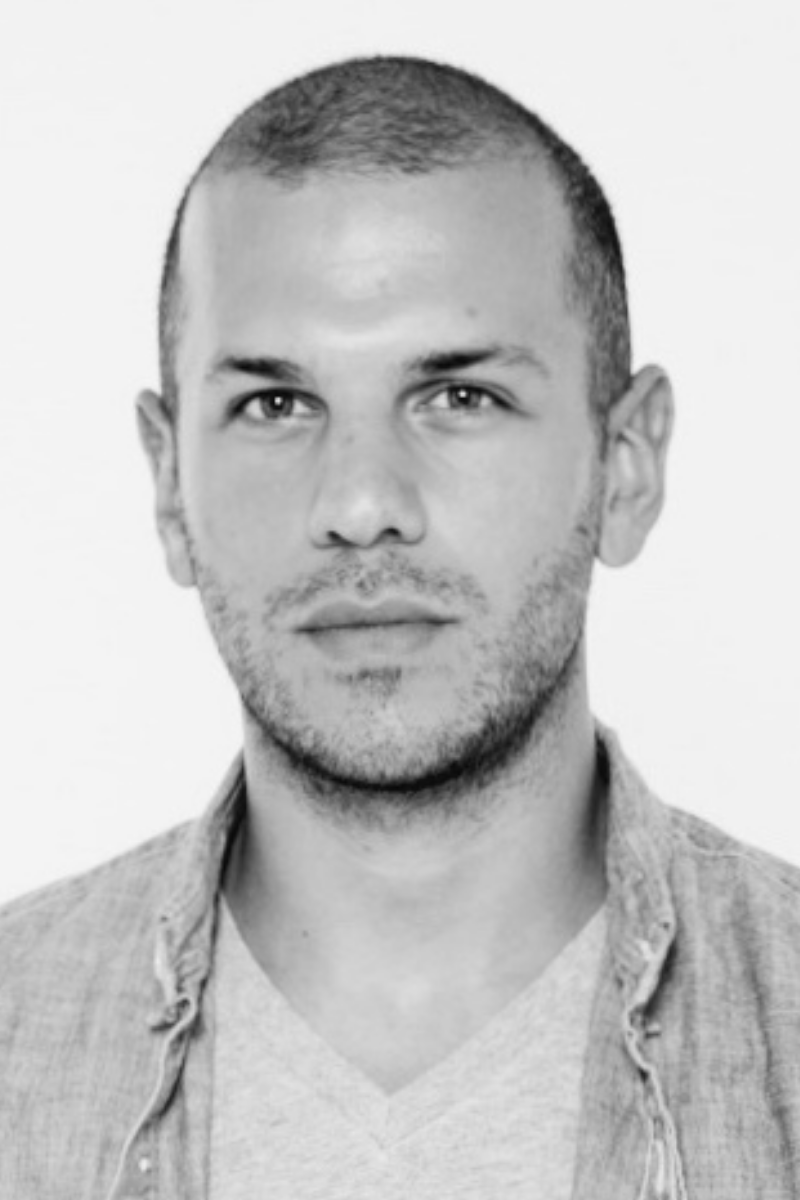 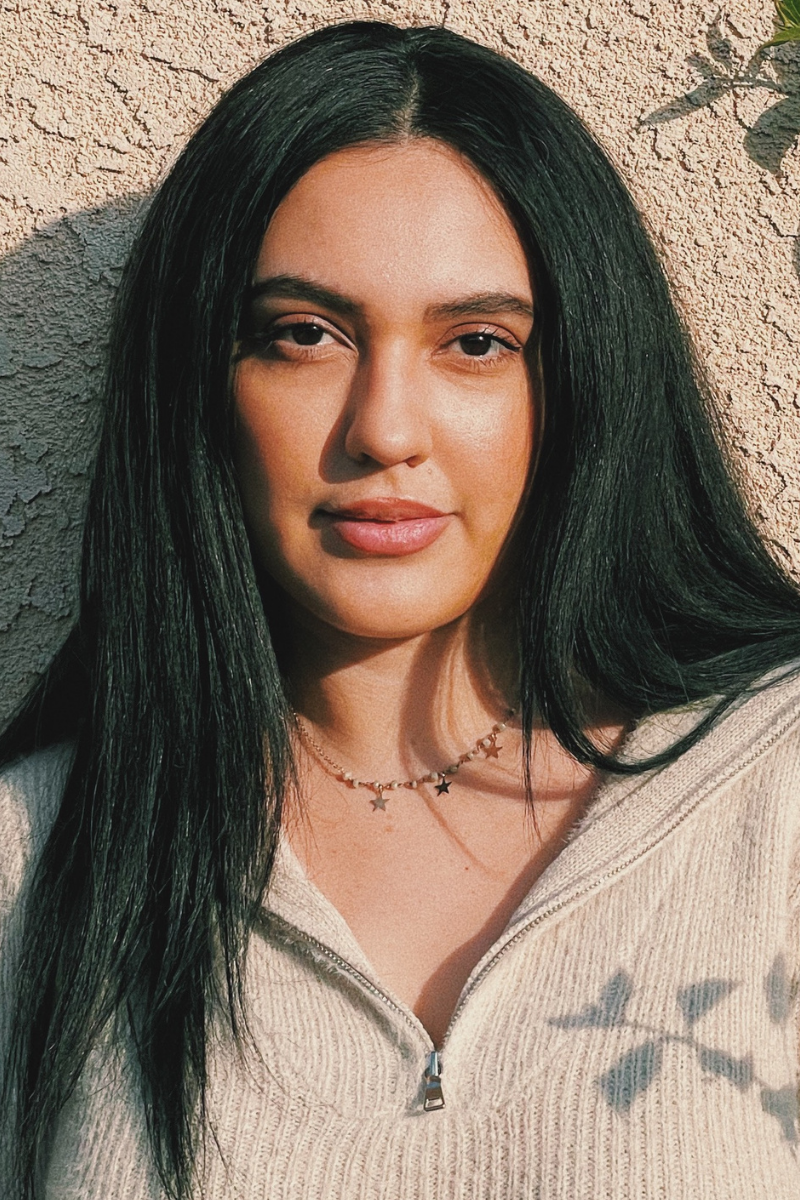 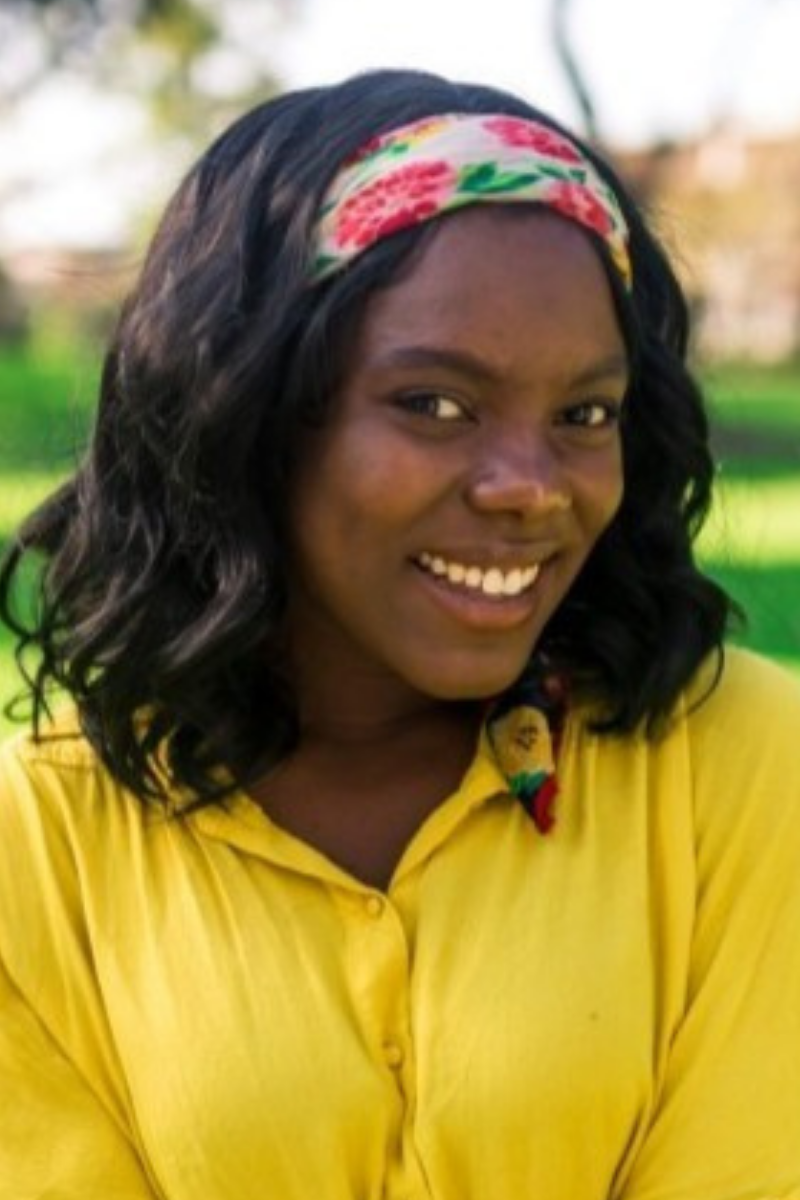 Mau’s key responsibilities include oversight of the company’s diversity efforts both in front of and behind the camera. She also partners with internal creative executives to ensure that content accurately portrays underrepresented communities, and the company has maximized the opportunities to hire diverse talent in roles in front and behind the camera. Additionally, she manages current partnerships with external advocacy groups and organizations that support the company’s DEI goals.

Before joining NBCUniversal, Mau was SVP, Global Inclusion at ViacomCBS where she oversaw the ViacomCBS Writers Mentoring Program, Directors Initiative, Viewfinder Emerging Directors Program and Nickelodeon Writers and Artist Program, and successfully built partnerships with executives and producers to create access for artists and creators across all platforms of the business. In this role, she also established initiatives to inspire and foster innovation, and cultivate a diverse, world-class talent pool of content drivers.

Prior to that, Mau was SVP, Entertainment Diversity and Inclusion where she supervised the CBS Directing Initiative and Writers Mentoring Program, while also serving as liaison with other networks and studios in their diversity and inclusion efforts and collaborated with producers and showrunners to ensure inclusivity in all aspects of storytelling. Over the past two decades, Mau rose through the company and served as VP, Current Programs, where she was responsible for the day-to-day management of shows including “NCIS,” “Two and a Half Men” and “Criminal Minds.”

Mau graduated from the University of San Diego with a bachelor's degree in Communications.

Tara began her career in Ireland before moving to the UK to take on the role of Managing Director at Moonstone International, the European satellite of the Sundance Labs, running one Directors’ and two Screenwriters’ Labs each year.  From there she joined ScreenSkills UK as their first Screen Academy Manager working with the top British film schools to ensure new graduates were industry ready.  In 2008 she left London to join the UK Film Council’s Los Angeles office as Senior Executive, Industry Relations, where she supported British talent and production.  In 2011, Tara was engaged by the British Film Commission US as SVP, US Partnerships, marketing the UK as a world-class filming destination.  In 2016 she joined Pinewood Studios as VP, North American Partnerships, representing their studios in Atlanta, Malaysia, Dominican Republic and Toronto. Tara joined NBCU in March 2021 as VP, Production Talent & Partnerships in the Global Talent Development & Inclusion.  Tara leads on production workforce initiatives and partnerships.

Prior to his current role, Robert has worked in the entertainment industry as a non-scripted development executive at various television networks, production companies, and studios, such as Discovery Studios, Four M Studios, and ITV Studios.  Most recently, he was the Head of Development at Four M Studios, developing and selling the documentaries The Story of Diana and The Story of the Royals to ABC Network with PEOPLE Magazine attached, the PEOPLE Magazine Investigates franchise to Investigation Discovery, and People Puzzler to Game Show Network.  This is Robert’s second term back at NBCU, as he previously was Vice President of Reality Development and Current Programming for USA Network, shepherding non-scripted formats and docu-series, such as USA Network's hit show Chrisley Knows Best.

Jaunice Sills is Sr. Director, DEI Production and Creative Partnerships where she develops and launches TV programs and initiatives designed to increase representation throughout every facet of the business, including but not limited to below-the-line, casting and internal production.

She previously served as Sr. Director, Content Planning & Strategy within NBCUniversal's Television & Streaming division. In this role, she led marketing strategy, promotion and operations for programming across all platforms for Bravo, E!, and UniKids scripted, unscripted, news programming and live programming initiatives. These included Watch What Happens Live, Keeping Up With The Kardashians, Live From The Red Carpet, E! News, and The Real Housewives franchises.

Jaunice’s experience includes entertainment marketing, program strategy, acquisitions and production. Prior to NBCU, Jaunice served as Vice President, Programming and Promotion Strategy at REVOLT TV, the music television network she launched with Sean “Diddy” Combs in 2013. In this role, she directed the strategy of all programming content, managed promotion, scheduling and operations. Her background also includes programming and production roles at BET, MTV, HBO, and LOGO.

Jaunice graduated from Spelman College and Harvard Business School’s Business of Entertainment, Media and Sports program. She is very passionate about HBCU's and in 2016 was honored at The White House as a successful HBCU alumnus by First Lady Michelle Obama’s Better Make Room initiative.

Coming home to NBCU, Amanda got her start as an NBC Entertainment Publicity intern out of 30 Rock. Since then, she served as manager of research at CBS Television. Throughout her ten-year tenure at CBS, she oversaw research operations, provided programming insights to network and studio executives, incorporated BIPOC measurements, and developed branding strategies across linear, cable, and streaming platforms. Her extensive background in Nielsen ratings and pilot testing includes the successful runs of acclaimed shows including NCIS, The Big Bang Theory, The Equalizer, Evil, Why Women Kill, Your Honor, and Ghosts.

She has a BFA in Film and Television from NYU.

Michael Pogarian is an award winning producer and the Manager of TV DEI at NBCUniversal where he helps oversee creative development programs for emerging TV writers, directors, and below-the-line talent, as well as create activations with external industry partners to enhance diversity, equity and inclusion across the studio and industry. Prior to working at NBCUniversal, Michael was an Associate Creative Producer at Fullscreen where he co-created and lead the AT&T Hello Lab Mentorship Program, that brought together entertainment industry leaders including Common, Lena Waithe, Cary Fukunaga, and Taika Waititi with filmmakers from diverse backgrounds to create their signature work. In the first two years of the program he developed, produced and distributed ten short films that premiered on DirecTV Now and were accepted to notable international film festivals including SXSW, Outfest, Calgary Film Festival, Maoriland Film Festival and many others. During his time at Fullscreen he also developed award winning interactive digital content and social media series for AT&T Hello Lab, a collection of original and immersive entertainment created by, for and with Millennial and Gen Z audiences. Before that, Michael worked in unscripted development and production at Magical Elves (Project Runway, Top Chef). In 2012, he graduated with a BA in Film and Television Production at Boston University.

Maggie Herman comes to NBCUniversal TV DEI from the production team at Quibi, where she worked on daily news & lifestyle shows with NBC entities such as Telemundo, E! News, Fandango and NBC News. As a production coordinator at Warnermedia prior to that, Maggie worked primarily on TBS shows such as Search Party, People of Earth, Final Space, Angie Tribeca, Conan and Full Frontal with Samantha Bee, as well as various scripted, unscripted, reality and animated shows on TBS, TNT and truTV. During her time there, she co-chaired TurnOUT (the LGBTQ+ employee resource group at Turner), where she produced the company’s annual National Coming Out Day video and won recognition for AT&T’s 2019 NYC Pride Stonewall 50 parade float. Before that, she worked on Amazon’s crime drama hit Bosch and at a below-the-line agency, gaining an immense passion for physical production and using her left-brain puzzle-solving skills to help talented creatives see their projects come to fruition. Originally hailing from Montclair, NJ, Maggie graduated from Barnard College in New York City and enjoys spending all of her free time with her two rescue dogs, Buster and Kelly.

Jacqueline Jasso started her career at Universal Pictures in the marketing department, working on acclaimed films, such as Candyman, The Halloween franchise, and Marry Me.  Prior to joining Universal in 2017, Jacqueline worked at Film Independent during the Spirit Awards and Los Angeles Film Festival. She is currently a mentee in the Hillman Grad Program founded by Lena Waithe that provides free resources to emerging artists in entertainment.

Jacqueline is originally from a small town near Fresno, CA, and received her B.A. in Communications with a minor in Sociology from California State University Fullerton.

Ivy Penn started her career in entertainment at Nickelodeon in the Talent Development Department under Sherley Ibarra, Katherine Wells, and Kate Blatchford.  There she worked on the Nickelodeon Artist and Writing programs, bolstering their social media accounts and helping bring in new and underrepresented talent.  She aided in partnerships with L.A. Family Housing, served on the Nickelodeon Kids & Family inclusivity council, and worked with the ViacomCBS Global Diversity and Inclusion team.

She is now the Coordinator for both the Creative & Below the Line Programs, working under Robert Baltazar.

Ivy is from St. Petersburg, Florida, and moved out to Los Angeles in 2015.  She graduated with a double major in Business and Design at University of California San Diego in 2021.